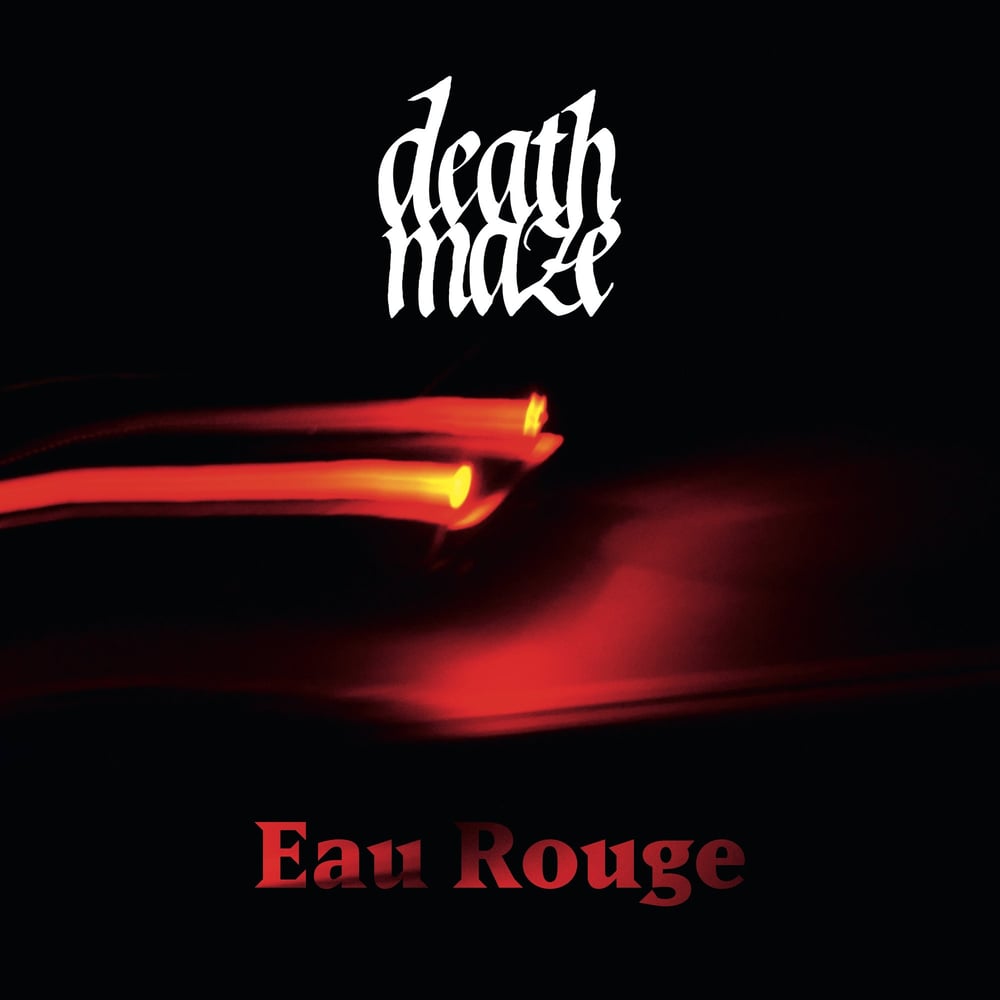 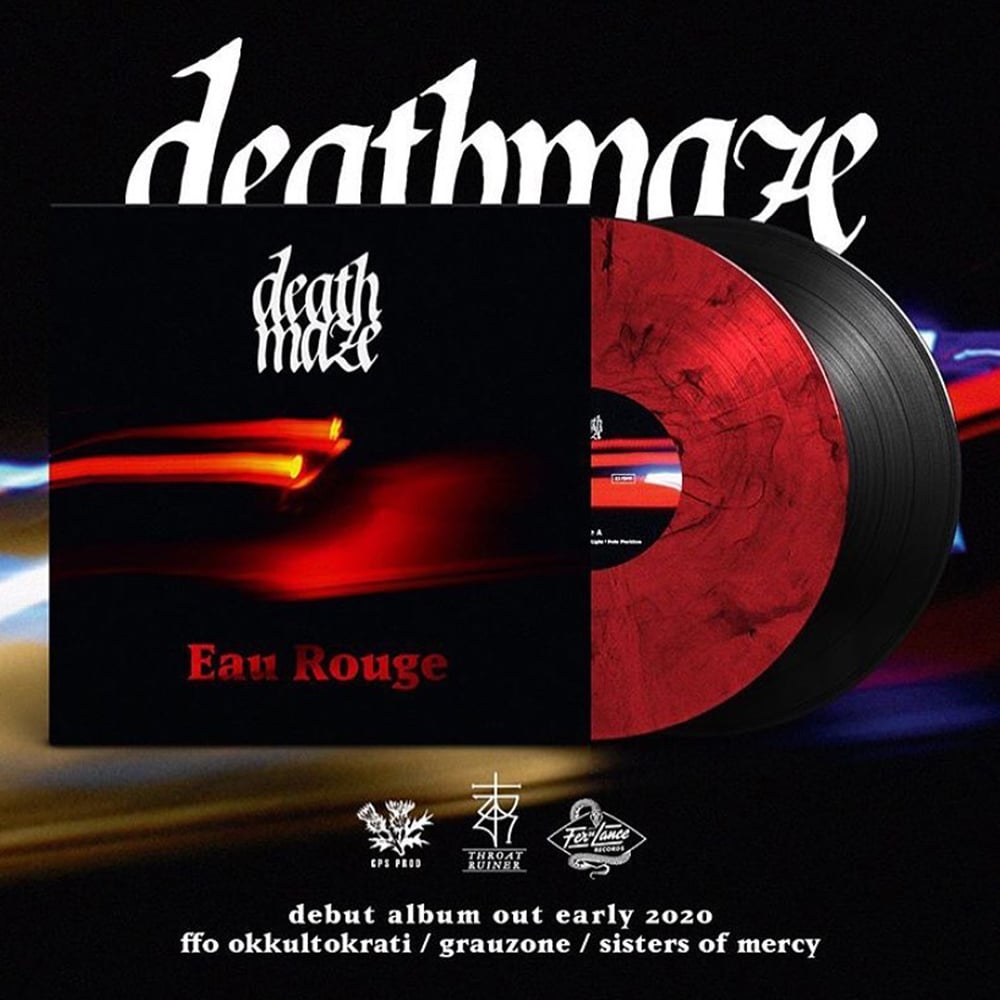 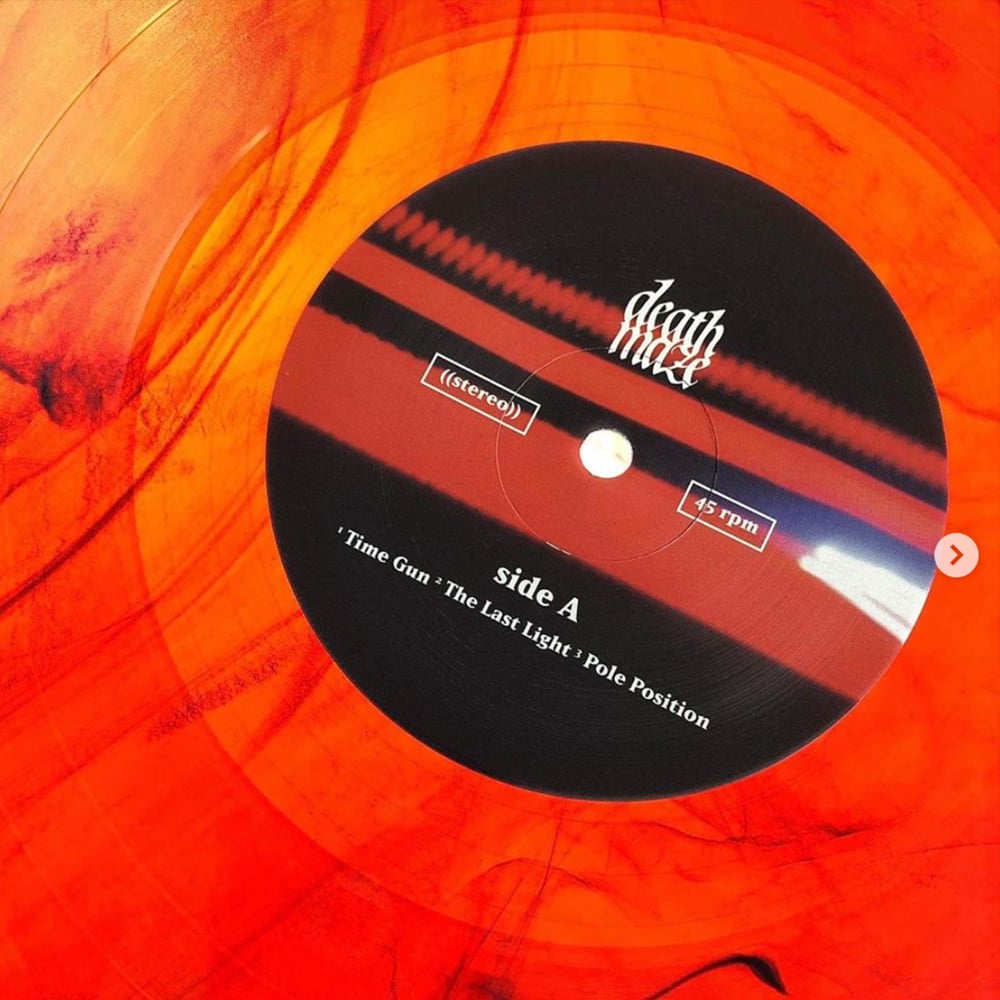 " DEATHMAZE is the reunion of two of the most hyperactive members of the Belgian punk scene - Gregory Mertz (Daggers, Necrodancer, King Fu…) and Julien Diels (ex-Cocaine Piss, Vuyvr, Elizabeth). Armed with a drum machine, the duo plays dark, metallic post-punk of the highest order, owing as much to The Cure as to Darkthrone.

Recorded only six months after their formation, DEATHMAZE's debut album "Eau Rouge" shows a band that has already developed a strong personal vision. Tracked and mixed by Tim De Gieter at Much Luv Studio (Brutus, Every Stranger Looks Like You…) then mastered by Cult Of Luna's Magnus Lindberg, these six tracks find the right balance between their members' heavier, rawer roots and the more hypnotic, melodic yet unpolished trademarks of the genre."